What are you doing right now? Right this very minute.

Stop for a couple of minutes and answer that question.

That’s all it takes. Just stop. Look around. Are you where you wanted to be at this time of TODAY? Are you past that? Did you get sidetracked? Are you focused? Are you floundering, confused, overwhelmed? Are you hungry or thirsty? Is your brain tired? Do you need a nap? Are you cooking with gas?

What are you doing right now?

I have failed or I flail at any or all of these. To-do lists and GSD works the most consistently, but some days that’s not saying much.

Some of my Twitter friends and I are productivity enthusiasts, which is to say, we try. And flail. Sometimes fail. We run through methods to see what we like, what we don’t like, what will work provided we work it, what won’t work or what we won’t work.

Mostly we do it for the stationery.

Not really. All we really want to do is get our stuff done so we can do other things that make us happy. That’s all any of us (productivity enthusiasts or not) really want.

That’s what we tell ourselves anyway.

My main method of wrangling my productivity or lack thereof is a combination to-do list, a dun-did list, and mind-mapping with a splash of GSD. (Bullet journaling is beyond my comprehension.) I’m not always faithful about this. But!

I have several problems, three of which are:

a) I’m addicted to procrastination (which is a form of thrill-seeking)
b) I’m only able to focus on one thing at a time and I lose time like crazy, and
c) I’m terrified of getting everything done. What would I do then?

But I ran across this: WHAT ARE YOU DOING RIGHT NOW? I don’t know where. I meant to make a note so I could link back to the article. But it only built on an idea I had when I heard the local college’s clocktower chime.

I don’t wander around so aimlessly now if I’ve hit the wall.

As I already had alarms set for 11, 3, and 7, and I needed to distinguish these somehow, I needed two so I could differentiate.

And so I leave you with these and two questions:

What are you doing right now?

What’s your most effective productivity mechanism(s)? 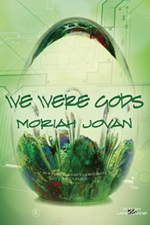 After twenty years and five children,
love just wasn’t enough anymore—
until, five years after the divorce,
it’s the only thing they have left.
Janelle Monáe: Say You’ll Go

“Tess … ” She stopped cold at the breath of a whisper, her heart slamming into her ribs so hard she thought it would fall out right there on the table and flop around. She turned slowly—so slowly.

She opened her mouth to scream at him for ambushing her, but she realized just in time that he was as stunned as she was.

His hair was still a mass of long mahogany-red waves past his shoulders. Bunches of hair at his temples had been braided into tiny plaits fastened behind his head. His earrings were medium-sized gold hoops. His stark art deco sun tattoo still spread its rays down along his neck, chin, and jaw. His shirt was blousy white linen floating untucked over oxblood leathers, the ties at the neck hanging loose. His wrist tattoos were on full display. Then she looked at his hands.

He was wearing his wedding ring.

She blinked and looked down at her own left hand. There they were: the circuit board wrist tattoo that matched his and the diamond he’d presented to her in an elaborate, public proposal. Because why do it privately when you could put on a show?

She looked back up at him, knowing all her heartbreak and joy and sorrow and love for him were written all over her face—and it was reflected in his.

“This is exactly what I wanted to avoid,” Sebastian drawled with great irritation. “If some people had picked up her phone!”

She should’ve picked up the phone.

Tess didn’t move—couldn’t—but Étienne could and did, skirting his chair and striding toward her with that look, the pirate king, the one who wouldn’t be denied.

She sighed when he slid his big hands around her face, tilted it back, and brought her up to him for a kiss that scorched her soul.

She closed her eyes and opened her mouth, feeling his tongue, so familiar, so talented. Tasting him as he had always tasted with an undernote of Dr. Pepper. She whimpered into his mouth when the pressure lightened, but he only tilted his head and went after her at a different angle. Sensation shot downward, and she moaned softly, ready to spend the next few hours feeling his bare chest against her naked breast, his legs twined with hers, his body inside hers, stroking her and assuaging this ache for him she’d never been able to contain.

“GET A FUCKING ROOM!” Sebastian roared, standing and pounding the table. “You two drive me fucking insane!”

They parted. Slowly. So slowly.

“I did not sleep with her,” he whispered, dropping his forehead on hers, his chest heaving.

“I know.” That surprised him, and she was strangely gratified.

“I love you, too,” she whispered back, equally out of breath. Then she gulped. “But love isn’t enough.”

He drew away from her, dropped his head back, gripped the back of her chair so hard it creaked. His chest heaved.

But somebody began to clap. A golf clap. Hushed. Mocking.

Her heart was breaking—again—but she couldn’t hide her smile. Nor, it seemed, could he.

“Étienne!” Sebastian snapped. “Get your ass in this seat right now. Tess, siddown. Somebody has to be the adult in the room. As per usual.”

“We need to talk,” Étienne murmured, looking at her with those heartbreaking—heartbroken—ice blue eyes.

“To a therapist! I do have other things to do, you know!”

Étienne tossed Sebastian a bland smile over his shoulder. “Keep it up. You know we like to put on a show.”

Sebastian snarled but sat, and somebody began to chuckle.

He turned back to her. “You drew those for me?”

Tess, as in love as she had been at seventeen, could only nod. “I draw everything for you.”

from We Were Gods

I sorted my music by Mojo-defined genre for a change and noticed a very strange juxtaposition in the category of “’80s Pop”:

“Centerfold” by the J. Geils Band directly followed by

and I’m like, why? Why do I have these together in the same sort because they represent two vastly different phases of my life.

The remembery I associate with “Centerfold” is a roller rink. I was 13.

The remembery I associate with “Black Velvet” is my room in the apartment I shared with 3 other girls in Provo, Utah. I was 21.

That’s not to mention all the flashes of rememberies in between the Centerfold part of my life and the Black Velvet part of my life, all rich in music, rich in experience, all helping to define my personality and philosophy, riding with me through alternating giddy and painful adolescence to adulthood. (Although to be fair, I don’t remember much between giddy and painful ’cause I tend toward the melodramatic. Betcha hadn’t noticed that yet.)

I have self-defined genres that fit a certain aspect of my life. I remember nearly every song on the radio the day I sat in my aunt’s house in Salt Lake, waiting for my parents to say it was time to take me to Provo and leave me there for the next 4 years of my life, 1200 miles from home. Shit, I couldn’t wait. (Never mind I didn’t make it 4 years and ended up with a home-grown degree from UMKC.)

I also have one that chronicles the summer I was 20, feeling my oats, not a care in the world and delivering pizza on a lunch rush for fun money. I went to Europe that summer for a month with my family and I couldn’t turn around in Holland and Germany without hearing Belinda Carlisle’s “Circle in the Sand.”

I did a lot that summer. I wish I’d done more.

Not really. I’ll take Ludwig over Wolfgang any day. But I have not bitched in at least 1/2 hour; thus, I am overdue.

One thing that totally gives me an emotional wedgie is this: When you reply to a blog post that asks an open-ended question, and you put a lot of time and care and thought into your reply, and you’re not acknowledged by the original poster, not told that you’re brilliant, not told that you’re a fucking idiot. What I mean is, NO ONE who comments is acknowledged and the blog doesn’t have enough traffic (read: any personality) to generate its own activity.

Hit’n’run poster who was doing her time on a group blog. I’m on several like that. They have one thing in common: They’re LDS. They’re about writing. PLONK

I don’t think I’ve done this (I try to be conscientious about commenting), but if I have, feel free to shove it back in my face.

And while I’m bitching, might as well throw this out, too:

Takes me about 3 days through the blogosphere these days to get tired of the latest catch phrases and buzzwords. And I’ve used some of them in the last 6 months. Well, no more.

drinking the Kool-Aid (thank you, O’Reilly, like, 3 years ago)
honing your craft (and plain ol’ “craft” by itself by now, no matter what it’s in reference to)
made of awesome
made of win
meme
OMGWTFBBQ and any variant thereof
FTW (for the win)
trope
srsly

And also? My blog is just way too cluttered for my taste. I’m going to have to figure out something workable before my ADD gets violent.

What are you latest internet pet peeves?

For fun and a free e-copy of The Proviso, be the first to peg the reference in this post’s title.

that he didn’t already have.

This is one of my favorite sentences and has been since I was a child. When I was a child, I didn’t quite understand it (and some days I think I still don’t), but it resonated with me deeply until I was old enough to at least grasp the intellectual concept. (Some of the best things I’ve ever read/heard come from a subconscious wisdom that it took chemical enhancement to drag kicking and screaming into the light, but what the hell, right?)

I still draw on it for strength and encouragement fairly often, at least once a week. I don’t have it posted anywhere; I don’t need to.

Go ahead. Be brave. Pony up with your guiding maxims.