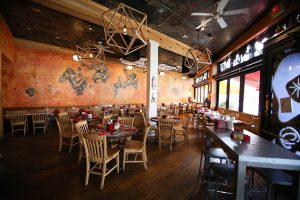 I’ve been thinking about the way I eat (for various reasons) and how/why my eating habits are so bad, why I fall back on banal comfort food, why I’m not adventurous in the least.

As I was writing Paso Doble, I kept finding myself associating my characters’ meals at tapas bars with romance. Small bites in small dishes. Tasting. A meal of hors d’oeuvres, eaten slowly, from a lover’s hand. I wanted to be able to do that.

As Victoria (from Paso Doble) told Giselle (from The Proviso):

Eating with a man, especially if you let him feed you, let him watch you savor the flavors, is like making love in public. I seduced my husband that way. Feed him. Let him feed you. In, out. It’s a promise more binding than kissing. Sex makes life. Food sustains life. You can see them as chores or you can find joy in them. That’s the choice you make.

I wanted to be able to do that. Except … I don’t like food. I don’t find joy in it. I’ve never found there to be anything about food to find joy in. No, it’s not something I can do, or at least, not right now. I find a food I like and I will eat it for days. Variety is not a requirement for me; efficiency is. Food is the thorn in my paw. It is a chore. It’s the enemy.

And then, for our 14th wedding anniversary, Dude surprised me by taking me to a tapas bar, La Bodega on Southwest Boulevard. We were both nervous. He’s only a little more adventurous than I am and we didn’t want to waste money on food we weren’t sure we were going to like. But tapas are a huge part of my universe’s mythos, so Dude wanted to honor that and, fingers crossed, it might turn out okay.

It was one of the most profound visceral experiences I have ever had, as significant as my rollercoaster enlightenment. The waiter came by to ask me how it was and as I was telling him, I teared up.

For the first time in my life, I found joy in food. Profound joy.

I don’t want to go there too often, though. Joy needs to be parceled out so as not to make it banal. But I’ve found that sort of profound joy twice this year (which is pretty much twice more than most other years), and both of them were because Dude gave me something new to try.

Well, Dude and my mother liked it. I can’t stand pineapple, so I was having none of it. Neither was XY TD, who ate about two cans of green beans by himself. XX TD had some but she’d been noshing all day and wasn’t hungry (also, she ate all the pineapple I carved out of the middle).

Depending on how you define “hit,” it was one because the person I made it for liked it. A lot. And he is grateful for a plethora of leftovers.

Note: The smoker instructions called for 5 hours. I roasted mine, checking at 3 hours expecting the thermometer to register 120F or something, and shot to 180F before I pulled it out.

My mother felt the need to say to me, “Oh, c’mon, just one bite. If I tell you it doesn’t taste like pineapple will you have a bite?” “Mom, I MADE this. I can turn my nose up at it if I want to.”

I will not be making this again, so if you do, good luck. Also, invite Dude. And my mother.

And we have liftoff.

*Yes, yes, I know I’m supposed to smoke it instead of roasting it like a turkey, but it’s raining fish hooks and hammer handles out there and I would roast it even if I DID have a smoker.

I don’t know where I ran across the “Swineapple” recipe, but it got posted to Reddit not too long ago and immediately went semi-viral.

END_OF_DOCUMENT_TOKEN_TO_BE_REPLACED

My relationship with food is like having an abusive ex-boyfriend: He keeps coming back and coming back, every day, even though you don’t want to see him. You want to get rid of him but he won’t go away. It’s not an analogy of “I eat because I have to” and “I can’t really live without him.” It’s that you really don’t want want food in the house the way you really don’t want him to come back. That’s where the analogy stops.

And yet, I must eat. Because DEATH.

Anyway, part of my frustration is how I taste things, meaning, I like the taste of things, but I don’t like the texture. That leaves a lot of things out. A lot of things in a lot of dishes I would like to try. But don’t. Because basically, I’m afraid of wasting money. Yes, I said it. Afraid.

[Aside: All the eating Victoria and Emilio do in PASO DOBLE is an expression of my unwillingness to experiment and lack of ability to appreciate whatever flavors come my way. My palate is less sophisticated than a three-year-old’s.]

All this means is I hate cooking and I hate trying new things. Because what if it’s icky? This worked well when I was single and low-carbing because all I had to do was throw a steak under the broiler and fix a salad. Alas, children have a way of growing up and eating you out of house and home and they have expensive taste in meat. My fault.

For various reasons, today I tried something new.

I had a three-year-old (yes, that too) slab of London broil in my freezer. I wanted to marinate it, but I have no soy sauce, no Teriyaki sauce, no wine. This will be rectified in the future, but suffice it to say I couldn’t run out and get any right then. So this slab, I had intended to use to make beef jerky. It’s a long process. I had thawed it out intending one thing, changed my mind to another, changed it a second time, realized my lack of ingredients, but had a slab of London broil waiting for me to do something with it, so I went with door number four.

I sliced the London broil into 1/4″ wide strips, all the while wondering what to do with it. Then I wondered…chicken fried steak?

Soooo I got out ye olde almond flour*. Mixed it with parmesan cheese, onion powder, and garlic powder. I cracked an egg in a plate and scrambled it well. Put on a skillet with oil to heat up. Dipped the strip in the egg, coated it with the “breading” and fried it up. When the few strips were finished, I made gravy with the drippings (not a lot because there wasn’t much oil) using water and arrowroot powder.

Dude was the victim. He pronounced it pretty okay. Then he dipped it in some bleu cheese dressing. He liked that better.

Next time I’ll put the seasonings in the “breading.” The meat is tender and moist, but my only complaint is I wish the “breading” was crispier.

My first victory. I’m not a foodie and I’m never going to be. But this was a food victory for me.

*This post makes more sense if you know I’m still trying to live a low-carb lifestyle, with varying degrees of success on a day-to-day basis.