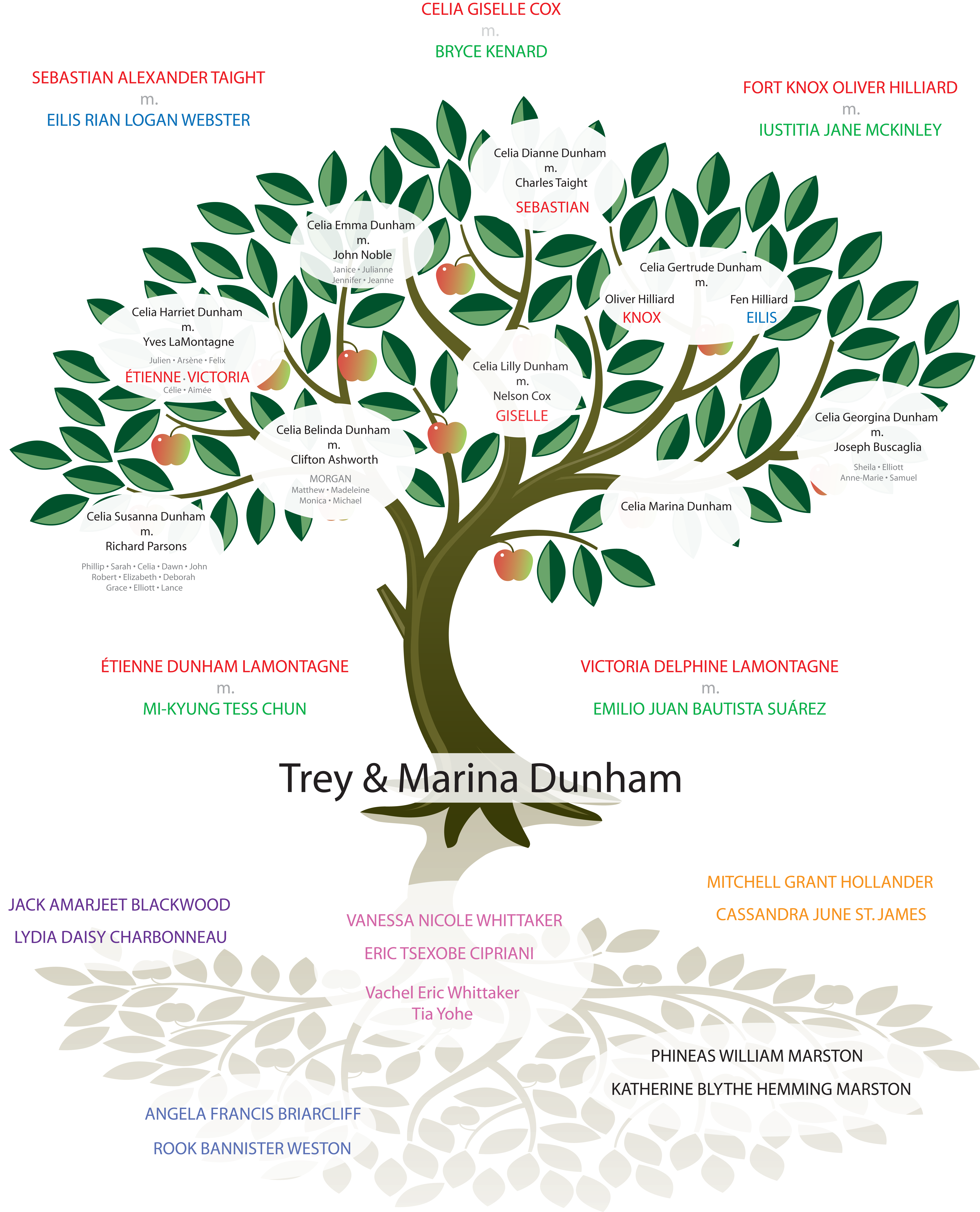 Epic romantic adventures revolving around various members of the Dunham family (and with them, “family” is an elastic concept): One set of parents who joined the Mormon church some time in the 1930s, their 9 daughters, their 30-some-odd grandchildren, a couple of ancestors, and some folks who just can’t get out of the Dunham tornado. All the feelz. None of the consequences.

Giselle (Bryce), Sebastian (Eilis), and Knox (Justice)
The three Dunham cousins most likely to get themselves excommunicated from the church.
The Proviso (book 1) | October 2008

Eric and Vanessa
Guilty—er, family—by association, both mentored by the same man, who never thought to introduce them.
Stay (book 2) | November 2009

Mitch and Cassie
An excellent partnership between a steel magnate and a corporate hammer. The unlikeliest romance between a Mormon bishop and an ex-prostitute.
Magdalene (book 3) | April 2011

Elliott and Celia
The pirate/privateer rabblerousers who spawned all these people.
Dunham (The Past) | July 2013

Vachel and Tia
A glimpse into the future of a once-broken boy and a poor little rich girl.
“Twenty-Dollar Rag” | February 2011

Victoria and Emilio
A Mormon missionary who went native and headed back to Spain—and the matador who won her heart.
Paso Doble (Dunham: LaMontagne book 1) | May 2014

Étienne and Tess
After their 20-year marriage imploded, not even five years apart can quench their thirst for each other.
We Were Gods (Dunham: LaMontagne book 2) | May 2014

Lydia and Jack
Reflections of each other, so alike they can never have a smooth relationship.
Black Jack (A Dunham Novel) | September 2016

Blythe and Finn
A widow and her father-in-law. ’Nuff said?
Lion’s Share (A Dunham Novel) | March 2017

Trey and Marina
In Prohibition-era Kansas City, he’s a cog in the Machine who wagers Boss Tom Pendergast that he can seduce a criminally naïve preacher’s daughter.
1520 Main (A Dunham Novel) | ~2019

Frankie and Rook
An author with a stalker and a county sheriff who’s her last resort.
Rook Takes Queen (A Dunham Novel) | ~2021

There will be more.

Because this family and their friends never quit.